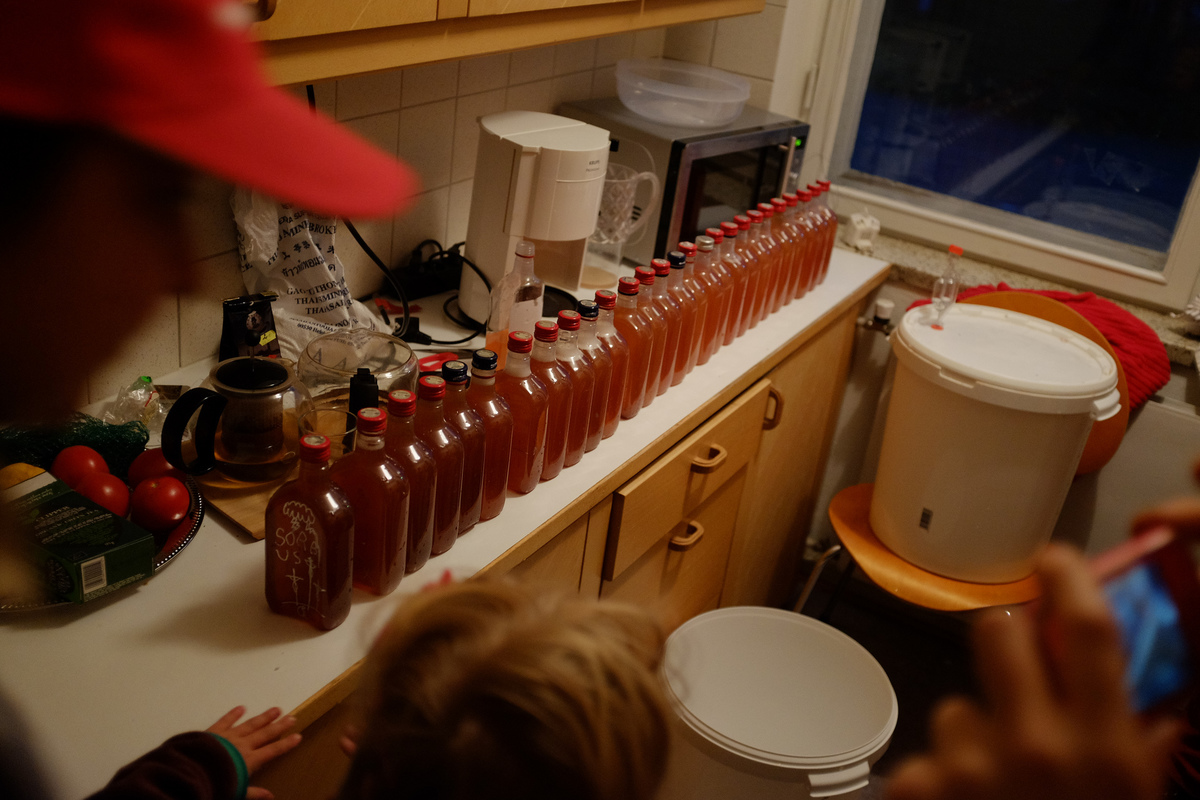 Rowan trees can be found all over Finland, but have remained an under utilized resource. Rowan has traditionally been a sacred tree in the Finnish folklore, and is believed to protect and bring good luck to the people close by and to its planters. The rowan tree’s holiness is for instance described in the Kalevala as follows: “Holy are the rowan trees in the yard, the rowan trees branches, the leaves on their branches, and holiest are their berries.” Rowan berries are rich in vitamin C, and they have been used to cure arthritis and lung problems, as well as to facilitate digestion. The properties of Rowan wood make it suitable for the household equipment industry and the making of decorative objects.

Rowan berry has also been used for the fabrication of Sorbus wine. It is a traditional aperitive wine, that was made from 1935 until 2010, when it went out of production on grounds of unprofitability. Sorbus is still appreciated in different subcultural circles, where the cessation of its production was greeted with great disappointment.

The purpose of the Foodycle workshop and of the Open Sorbus event series is to rediscover a variety of uses for the rowan berry, as well as to explore and keep trace of its multidimensional cultural history.

During the workshop, we will collect rowan berries and their related cultural history in the form of recipes and stories. We will also prepare sorbus wine which we will then together with the stories leave to its fermentation and further processing. Products made during the workshop will be served later at an event to be held at the Sorbus gallery in Vaasankatu.

Participants are encouraged to bring to the workshop sorbus products, stories and recipes to share. 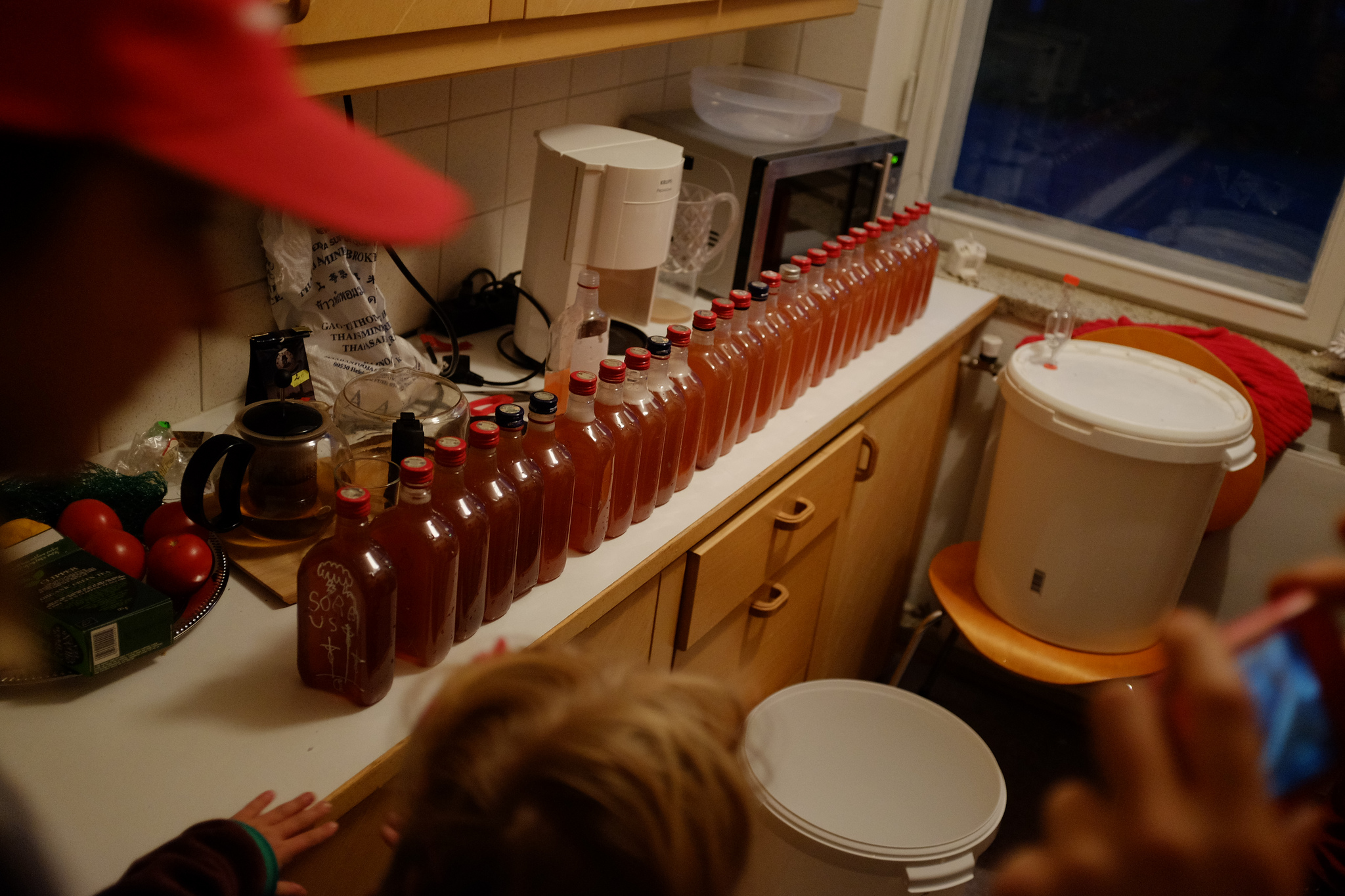 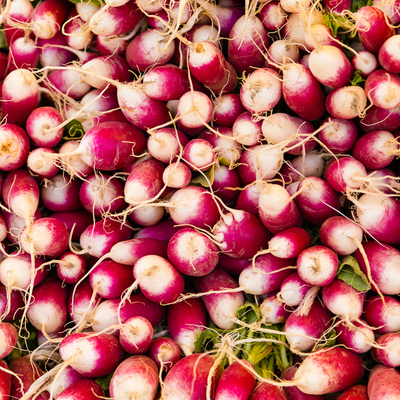 The food system is not a chain as it is usually referred to, rather, it could be described as consisting of a multitude of interdependent cycles. Problematic issues with the prevailing food system have become increasingly publicised in recent years. Pollution in the Baltic Sea, the horse meat scandal, and animal welfare issues are just the tip of the iceberg. The response from food activists and also the general public has been a call for a more transparent food system.
Read more
Post: Foodycle '14 Open Planning Meeting 28.1, klo 18-20.00 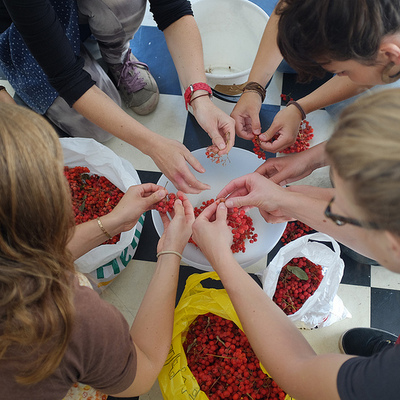 Foodycle Festival #2 will take place in September again this year. You are mostly welcome to join our open Foodycle 14′ open planning meeting next Tuesday 28.1 from 6 to 8 pm at Pixelache office in Suvilahti (Building 7, A-entrance, on the kalasatama side). We have a special guest from Moks in Estonia attending the meeting, who is currently a micro-resident at Pixelache. Her name is Evelyn Müürsepp and she is the founder the Mooste Food Club. MORE
Read more
Post: Foodycle 2014: Fork off! 5-6.9. 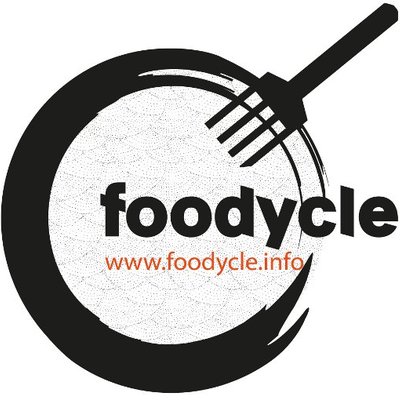 Last year Pixelache & Ruoan Tulevaisuus initiated Foodycle, a transdisciplinary festival, for anyone interested in food issues. It brings together artists, designers, scientists, grassroots organisations, students, and consumers in general. It aims to recover the true meaning of ecosystem thinking – a bridge between art, design and science – and a space for sharing ideas for sustainable food in the current and future Finland. The second edition of Foodycle 2014, entitled ‘Fork off’, explores the notion of ‘food security’, which is fundamentally about access to food. The event is...
Read more
Post: FOOD MINUTES: 5 min to share your ideas on food! Register! 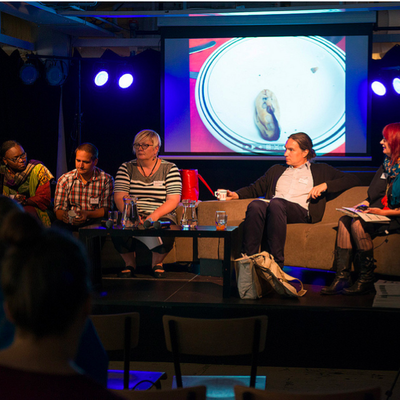 Foodycle 2014 is offering two interesting panel discussions on Saturday 6th September. The first one focusing of social aspects of food security in Finland will be held in Finnish, and the second one dealing with global food security, in English. Read more
Read more
Post: Epilogue: Pixelache micro-residency on Food-info-activism 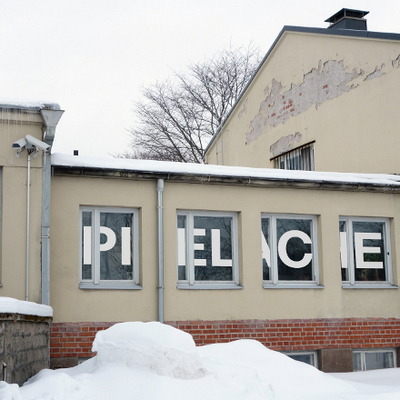 This post is made as the epilogue of my micro-residency at Pixelache during March 18-22 2013. You can find a post on my blog about my expectations and anticipation made on the first day, which was for me to make sense of the collaboration. It's been already two weeks after I've spent my time in Pixelache. It was rather short, in part because I was ill for a day, but also Pixelache's mode of operations was quite hard to comprehend in the beginning as to why Pixelache is interested in Food-Info-Activism. Having started mainly with electronic arts in its inception, it seemed Pixelache and its...
Read more