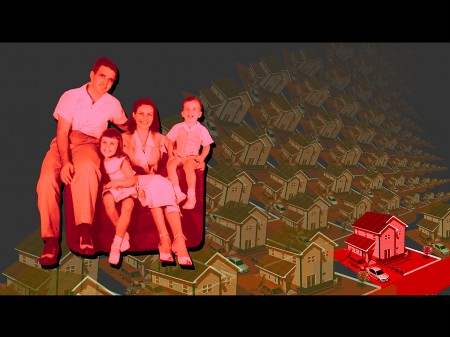 Media Practices from the 20th Century 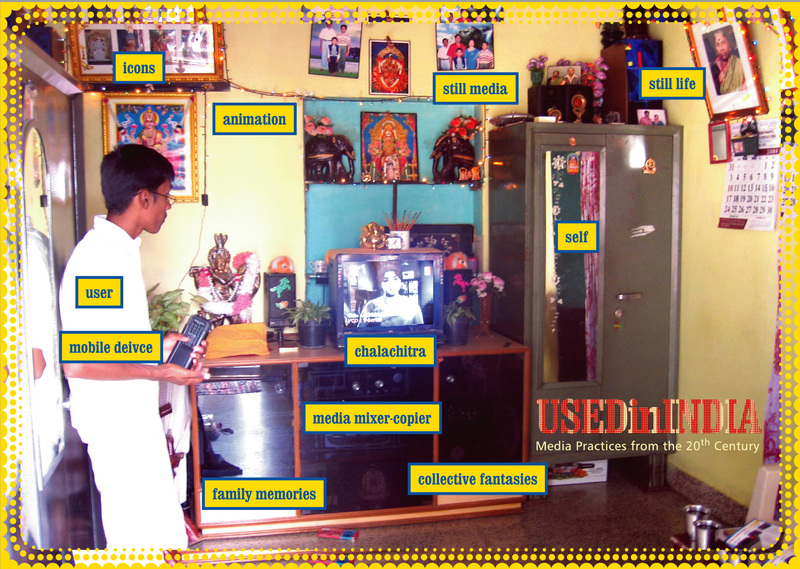 Used in India is a multimedia installation, which showcases both media devices and narratives of their use, to illumine the nature of street innovation, technology production and social exchange in India. Used in India has been conceived of and produced by CKS, a research and design practice in Bangalore.

Our collection of actual devices and inquiry into user practice suggests that local users are infinitely well versed in innovatively repurposing, repairing, reworking and refurbishing technology to suit their social practices and contextual needs. Be it the use of LED (light emitting diodes) to adorn pictures and idols of local deities or the creation of a mosquito- repellent-cum-mobile phone, India abounds with examples of ‘jugaad’ or street innovation. Such user creativity thrives on informal knowledge networks of production, consumption and transaction, and has largely remained hidden from the view of technologists, product developers and designers in the mainstream.

In our opinion, a closer examination of the ‘scenarios of use’ that have emerged out of engagement with the field, as articulated through our exhibits, will open up new spaces for understanding user needs in India. What has led to such a proliferation of micro-industries in India? What uniquely Indian sensibilities do they cater to? What service and distribution networks and monetizing strategies do they adopt?

Technology companies and designers who wish to cater to the next-generation of Indian users, might then find value in engaging with the stories Used in India wishes to tell, in order to learn more about the multilayered socio-cultural fabric of India and create the products, services and applications of tomorrow.

The term ‘media’ encompasses a vast range of technologies in practice, communication and experiences, which are being constantly reformulated and reinterpreted by theorists and practitioners. However, media is often interpreted along readily available yet specious categories that imagine a divide between ‘old’ and ‘new’, ‘broadcast’ and ‘peer-to-peer’ or ‘digital’ and ‘analog’ media. For the purposes of our inquiry, however, we will seek to transcend such synthetic distinctions and understand media as all forms of mediated interaction. Media devices by corollary come to include the range of tools that enhance and amplify our ability to engage in mediated interactions. 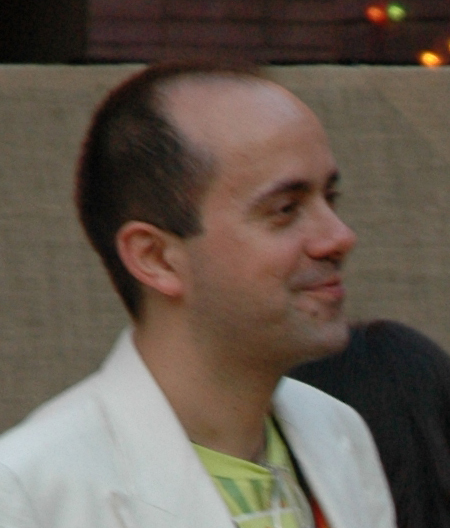 Aditya Dev Sood
Aditya Dev Sood is Founder and CEO of CKS Consulting PL. With foundational training in Design and Critical Theory at the University of Michigan, he is now completing doctorates in Socio-Cultural Anthropology and South Asian Languages from the University of Chicago. This year he initiated the ‘Learning Lab’ project which uses mobile phones for education, funded by Nokia Insight and Foresight. He is directed the ‘Used in India’ media archeology installation and show, which opened at the India Habitat Center in March 2005. He is also the India Director of the ‘Doors of Perception’ Conference. A former Fulbright scholar, he maintains a multidisciplinary interest in social research, technology and design. 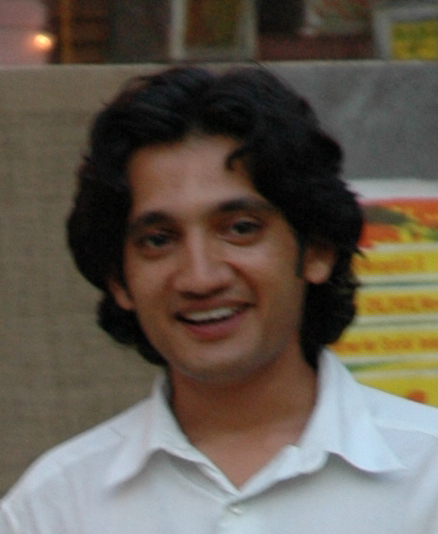 Karthikeya S Acharya
Trained as an architect, Karthikeya is interested in conceptualizing and designing the dynamics of sustainable and self-governing systems. His graduate work explored the feasibility of recyclable housing for communities in transit such as the iron ore mine workers in South India. As an interaction designer at CKS, Karthikeya has been principally involved in field-work and related research and documentation activities for the Used in India project. This has given him a first hand experience of diverse street cultures, user practices and design innovations across rural, urban and peri-urban India. He was also the assistant curator for the Used in India installation at the British Council and India Habitat Centre in New Delhi, India.

Many important environmental decisions are made at home or work by each and every one of us, every day: Do I buy Finnish dairy cream or Indonesian coconut milk? Is it better for the environment of Helsinki if I ride a bike or take a tram? Should I move to the country and heat my house with firewood? These decisions are not always obvious and the options straightforward, which often leaves people feeling isolated and frustrated.

Dodo’s flash animation shows how the world looks from an environmentalist point of view. Ideas were collected from visitors to the www.dodo.org website. The animation compiles a story called “Happy Family” with three alternative storylines.

The greed and short-sightedness of people’s actions cause enormous environmental catastrophes and eventually the destruction of all life. People are misled by their ideology of efficiency and ignore the needs of future generations and other living organisms. Indifference to the common good is rife and people’s lives are filled with anxiety and hurry. Material
possessions are the only acceptable measure of happiness and well-being. Wars over rapidly declining resources are fought all over the world.

People’s awareness of the destructive nature of their lifestyle increases significantly all over the First World. The need to change the direction of development towards a more ecologically and socially sustainable model becomes a widely accepted notion. There’s a rise in environmentally friendly trends and many destructive habits, such as driving, become unfashionable.
A new sense of community is born. Sharing and caring become important guiding principles in people’s lives.

Alternative 3:
A Totally Far Out Vision

Mind rises above matter. Hate becomes love. Love turns into hate. Hate and love embrace. Instead of striving towards more and more material possessions, people aspire to gain spiritual tranquillity, through both construction and destruction. Let’s all kill for life and fight for peace.

Dodo is a dynamic, modern environmental organisation that avoids black-and-white views of the world. Dodo approaches environmental issues in an open-minded way, trying to find new perspectives. Dodo relies on the power of factual discussion.
Public events, discussion groups and projects are typical of Dodo.

Dodo will also present their NGOphotos.org project, an image bank for NGOs where all images are made available under Creative Commons licence.
Dodo.org – Visual Environmental Argumentation